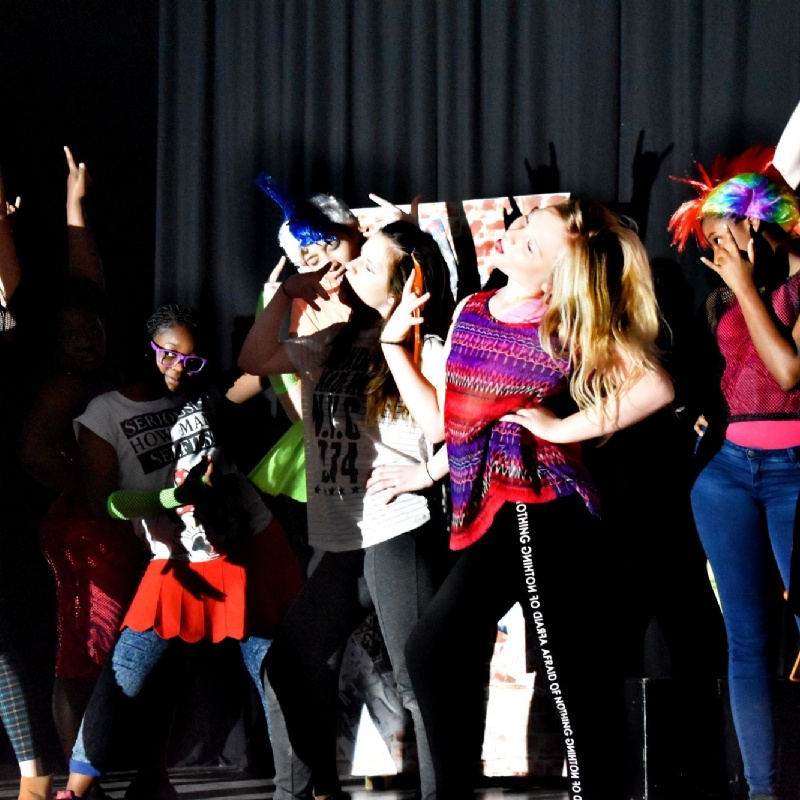 We Will Rock You Wows Audiences

Brentford School for Girls wowed an audience of almost 450 with their sell out performance of 'We Will Rock You'. Parents and the community were astounded by the talent of the girls as they sang, danced and performed their way through over 12 Queen classic. The girls have been rehearsing since September and the time and effort that had gone into the performance didn't go unnoticed with parents saying it was the best performance to date.

A special mention must go to the lead cast who were mistaken for professions with some as young as 12 years old. Stephanie Muringu shined as a honest and eccentric teenager lost in a world of clones desperate to be an individual, her ability to hit the high notes with ease and her fantastic sense of humoir meant the character was a clear audience favourite. Chrishanti Brown's quick witted and smart interpretation of Scaramouche left the audience laughing as she delivered the comical lines with ease. Stephanie Muringu's fantastic performance as Britney left the audience in tears after a beautiful rendition of 'No-one but you'.

Head of Drama Miss Marsh said 'I am so incredibly proud of all of the cast, at the start of the year they were so shy they panicked about performing in front of others, and now there is no stopping them. Several of them are applying for drama schools and auditioning for west end shows. The have grown into such confident and established performers'